DR. JONATHAN LITTLE HAS MORE THAN JUST SKIN IN THE GAME to win the battle against diabetes. The competitive runner has devoted more than 20 years of his research career to better understanding the causes of obesity, insulin resistance and Type 2 diabetes, as well as the therapeutic impact of exercise and nutrition.

The School of Health and Exercise Sciences professor’s fascination with the relationship between exercise and diet and body performance began when he started his own long-distance training.

“I was interested in how the body produces and uses energy during extended periods of endurance training,” Dr. Little says. “I wondered how I could apply this knowledge to help those who have disorders in energy metabolism, like those with Type 2 diabetes.”

Type 2 diabetes occurs when the body is unable to control the level of sugar in the blood because the body either doesn’t make enough of the hormone insulin, or it isn’t used effectively.

“When people with Type 2 diabetes eat carbohydrates — the sugars and starches found in many foods — they get large spikes in their blood sugar. Poor control of blood sugar by the body can damage organs, particularly blood vessels, eyes and kidneys,” Dr. Little adds.

With more than three million Canadians affected by Type 2 diabetes and another nine million heading that way with prediabetes, Dr. Little notes that diabetes is becoming alarmingly common in Canada — even approaching epidemic levels.

Dr. Little believes that unhealthy diets and insufficient physical activity are the major contributors to the condition. That’s why he’s working to understand which exercise, nutritional and lifestyle interventions work best to prevent or even reverse the progression of Type 2 diabetes.

“Figuring out what to eat can be confusing for anyone with Type 2 diabetes because their bodies have difficulty processing sugars,” Dr. Little explains.

The goal of his research at the Exercise Metabolism and Inflammation Lab is to provide better answers by employing a spectrum of techniques, from whole body metabolic measurement in humans down to advanced molecular analyses in isolated cells.

What does his science say about health-improving strategies for individuals with Type 2 diabetes? Start by restricting carbohydrate-containing foods, like oatmeal, cereal or toast at breakfast.

“Breakfast leads to the biggest glucose spike of the day, since early morning carbohydrates aren’t well processed in people with Type 2 diabetes,” says Dr. Little. But the solution is relatively easy — a healthy omelette all the way. A low-carb and higher-fat meal first thing in the morning is a simple way to prevent this large glucose spike, improving glycemic control throughout the day while potentially reducing other diabetes complications.

THE KEY TO KETONES

Another strategy to manage glucose spikes is to follow a low-carb, or ketogenic, diet. Dr. Little explains that with medical and nutritional support, up to one-half of patients with Type 2 diabetes patients following a strict low-carb diet can get their diabetes into remission. This means blood glucose control has returned to normal levels and glucose-lowering medications are no longer required.

“These are intriguing research results and could be life-changing for the many people who were under the impression that they would need to take daily medications like insulin or metformin for the rest of their lives,” says Dr. Little.

Because adherence to restrictive dietary regimes is often poor, Dr. Little embarked on an innovative community- and pharmacy-led initiative that involved pharmacists working with patients’ family doctors to oversee a low-carbohydrate diet and medication de-prescribing plan for clients with Type 2 diabetes.

“It’s unique to have pharmacists involved in a nutrition intervention but pharmacists are quite knowledgeable in diabetes care and are probably the best suited to support individuals as they stop their diabetes medications,” says Dr. Little. He has found that pharmacists are also in a good position to safely reduce medications in conjunction with the therapeutic nutrition plan of their patients.

“In an age when pharmaceuticals are the norm for managing most diseases, I’m excited to adapt simple alternatives and see that these have real effects in well-controlled scientific studies.

“The concept of remission or reversal of Type 2 diabetes changes the paradigm in managing this condition. It’s not every day that people in the field of health see disease reversal in their patients, and our work is showing evidence that targeted nutritional interventions may be able to put Type 2 diabetes into remission.”

Exercise is another important factor that can help keep glucose levels under control and improve overall health. Understanding which exercise strategy is best for controlling diabetes is another of Dr. Little’s goals.

“My aim is to provide evidence-based knowledge of targeted exercise and use this to prevent, treat and manage chronic disease,” he says. 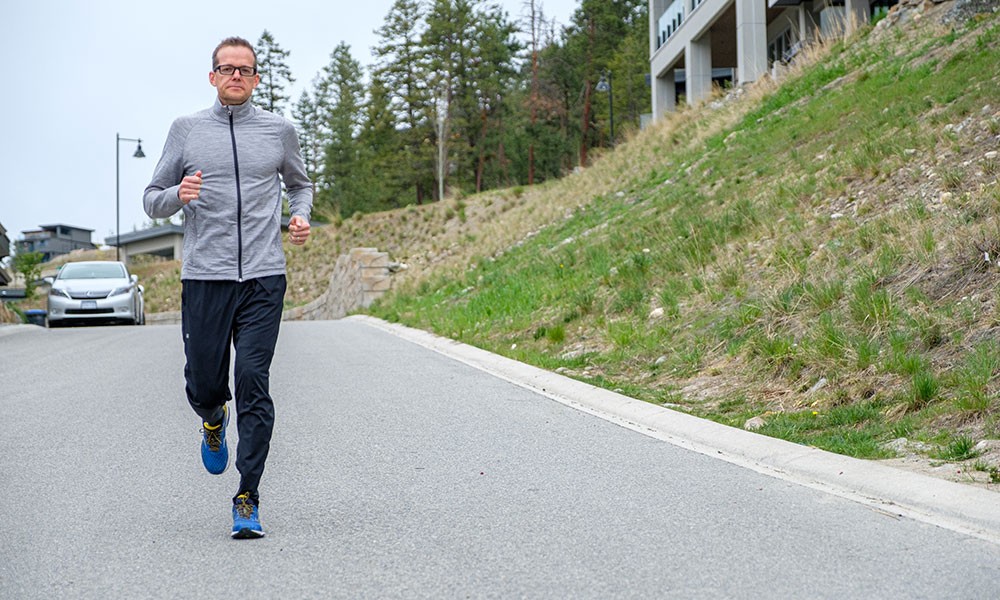 “My interest in time-efficient exercise began because the number one reason people cite for not exercising regularly is lack of time,” says Dr. Little. “Beyond time though, there are many aspects of HIIT that may make it an attractive alternative to traditional steady-state exercise, including increased enjoyment, reduced monotony and faster fitness benefits.”

Dr. Little works with participants throughout the Okanagan Valley to test his hypothesis that the intermittent nature of HIIT represents a superior form of exercise when compared to traditional moderate-intensity continuous training. The results are promising.

“We’ve seen, for example, improvements in cardiovascular, metabolic and functional outcomes,” he says. “Our team has been one of the first labs in the world to show that HIIT has anti-inflammatory effects in individual immune cells of people with prediabetes and Type 2 diabetes.”

However, some of the real-world applications of Dr. Little’s research have him most excited.

“Beyond the evidence that people with Type 2 diabetes and prediabetes can do this type of exercise and enjoy it, we’re starting to see evidence that they can stick to HIIT on their own outside of the lab. That’s where real benefits are going to be realized,” explains Dr. Little. For instance, with just one session of HIIT, participants can improve their blood sugar levels.

“I’m excited to continue our research and knowledge translation in diet and exercise interventions, with the goal of making an impact in preventing, treating and reversing Type 2 diabetes.”