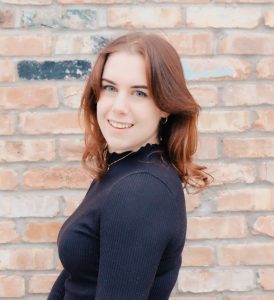 “My name is Megan Lance and I am from Calgary, Alberta. I aspire to become a researcher focusing on differences between the sexes in regard to the cardiorespiratory system. In addition, I would like to conduct research in other parts of the world to promote diversity, not only among participants within a study, but also within the scientific community.

This summer, I will participate on a project investigating the effects of acute intermittent hypercapnic hypoxia (IHH) on cardiovascular function. In individuals with obstructive sleep apnea (OSA), periodic breathing results in transient, repeated bouts of reduced oxygen and increased carbon dioxide, which has been shown to induce persistent increases in sympathetic and respiratory activity. This can be stimulated experimentally using IHH breathing protocols to study its effects on cardiovascular function. While it has been shown that IHH produces lasting increases in sympathetic activity and blood pressure, we do not know what specific effects it has on the myocardium of the heart.

This study is important to investigate the cardiovascular consequences commonly seen in OSA populations. Through better understanding of how IHH effects cardiac contractility, we can perhaps offer therapeutic strategies to reduce risk of cardiovascular comorbidities such as hypertension and myocardial infarction.”

To the Stober Foundation